“The Field Band is incredibly proud to be a part of telling the amazing stories of those who have served on America’s behalf.” - Colonel Jim Keene, Commander US Army Field Band

SONGS FOR THE AGES

Filming of the National Mall and Beyond

Hosted by Emcee Toni Trucks (CBS “SEAL Team”), “Songs of Service” incorporates musical performances by the U.S. Army Field Band as well as a special rendition of “Fortunate Son” with Creedence Clearwater Revival's John Fogerty, and the Army's Six-String Soldiers band. In “Songs of Service,” Emcee Trucks guides the audience between musical performances and vignettes from veterans as well as active duty service members from World War II to present. Iconic landscapes and incredible performances from the Field Band, the Six-String Soldiers band and legendary songwriters like John Fogerty have made this production one of our most exciting to date. 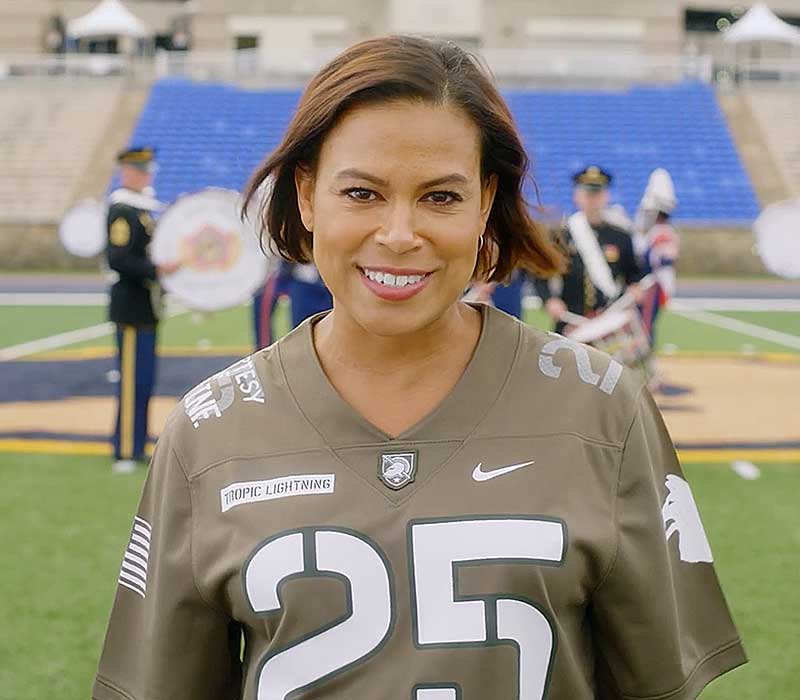 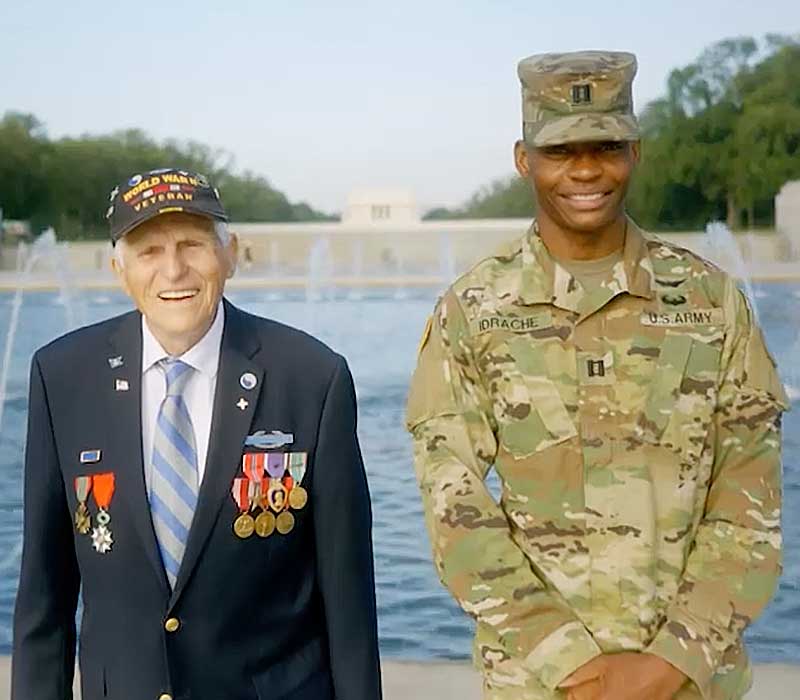 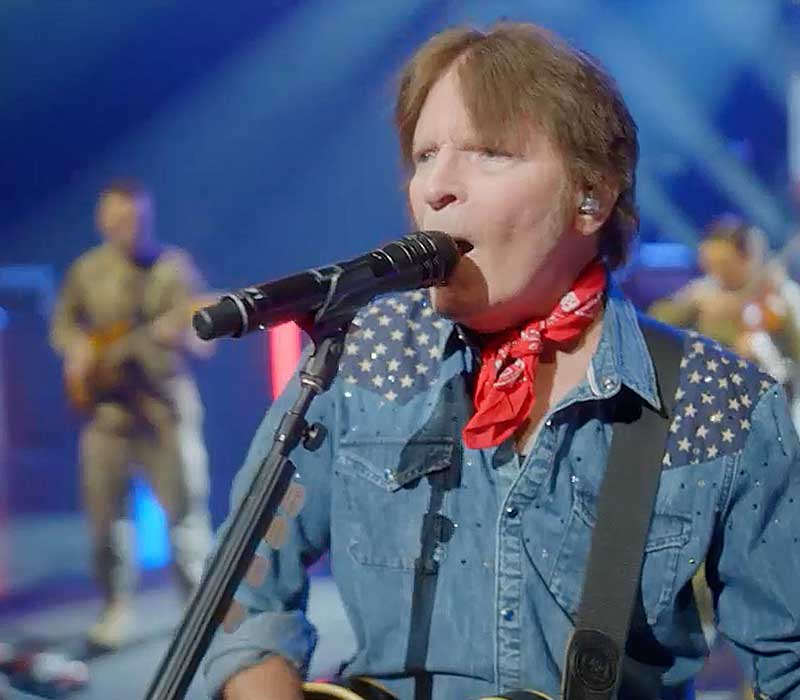 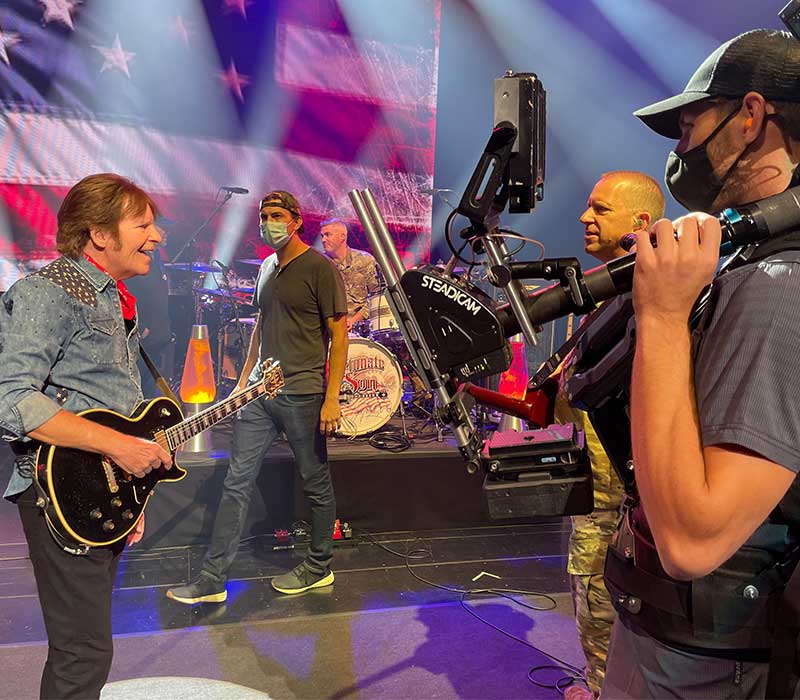 Shooting around the Country

Robert Ham, our Army veteran and Emmy-award winning director, along with Executive Producer and Navy veteran August Dannehl shot “Songs of Service” in 15 locations from Los Angeles to Las Vegas to multiple active Army installations & memorials in the DC area. Showcasing veterans from every era since WWII, the production crew obtained interviews and filmed veteran subjects at each of their respective war memorials along the DC Mall. 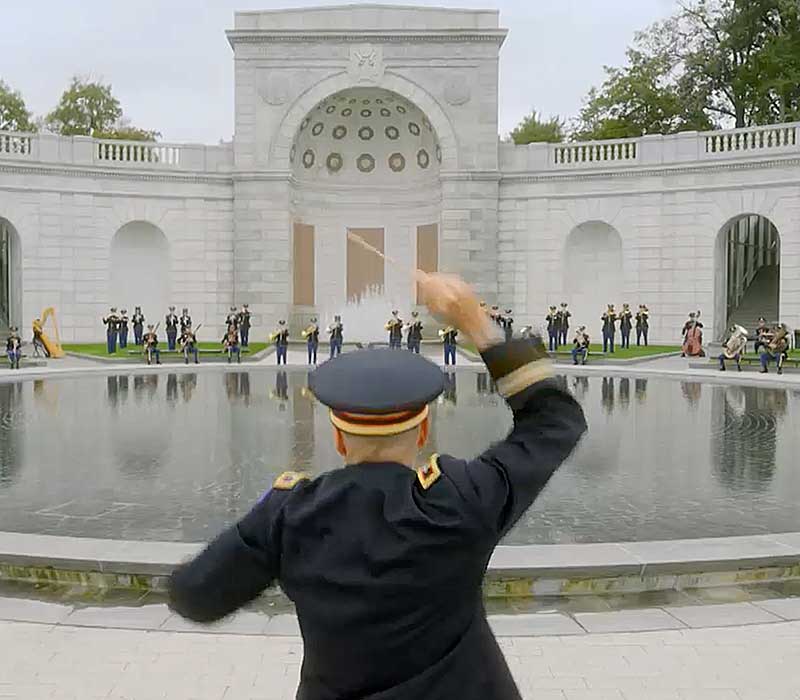 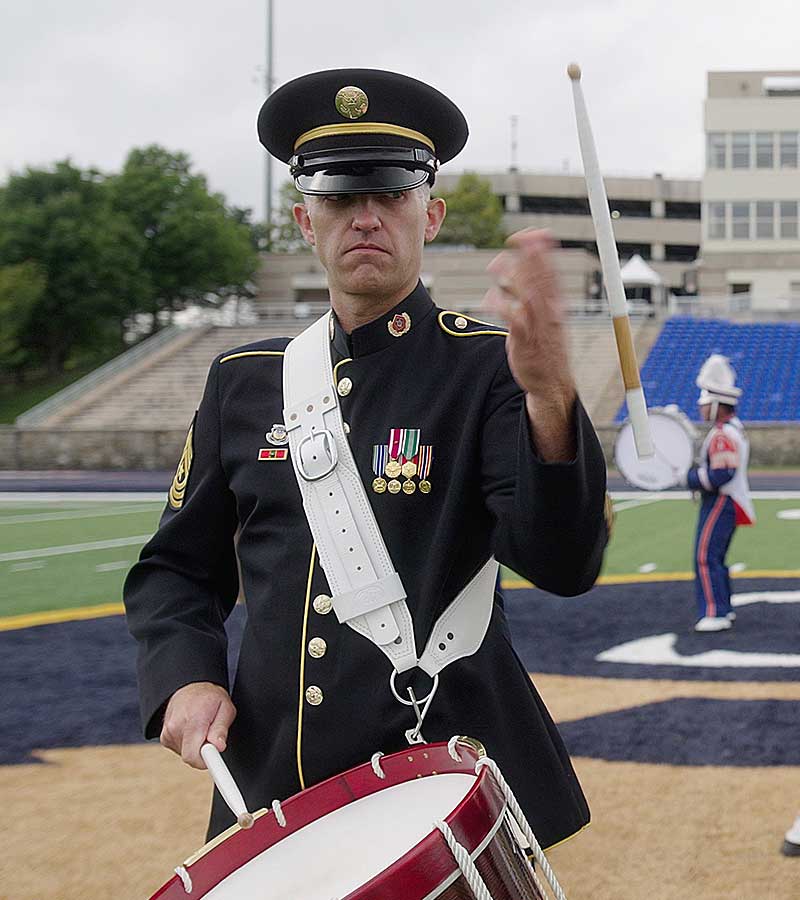 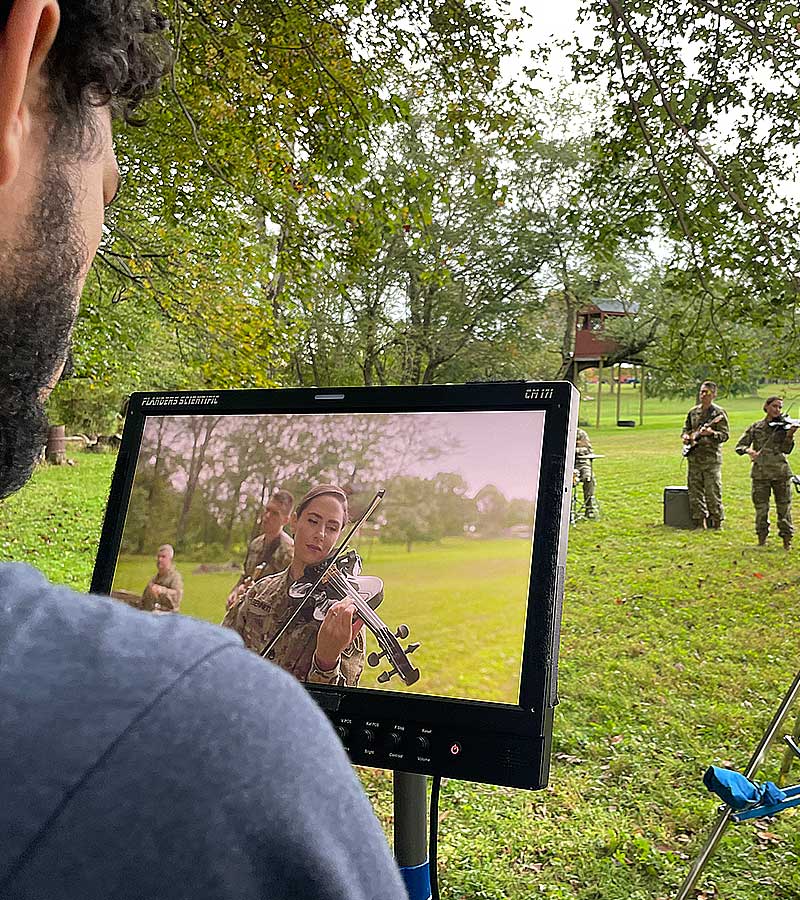 Beyond shooting at the DC Mall and war memorials, the production crew secured exclusive access to the Pentagon 9/11 memorial and staged 150-piece concert band performances in coordination with Arlington National Cemetery and the National Women Veterans Memorial. Songs of Service was filmed over eight days, across five different states and required the access and collaboration with four different government entities (USA, National Parks Service, DOD & Office of Army Cemeteries). Since its formation, the Field Band has appeared in all 50 states and in more than 30 countries on four continents.

Publishers wrote articles supporting the production to help further awareness within the military community and beyond. 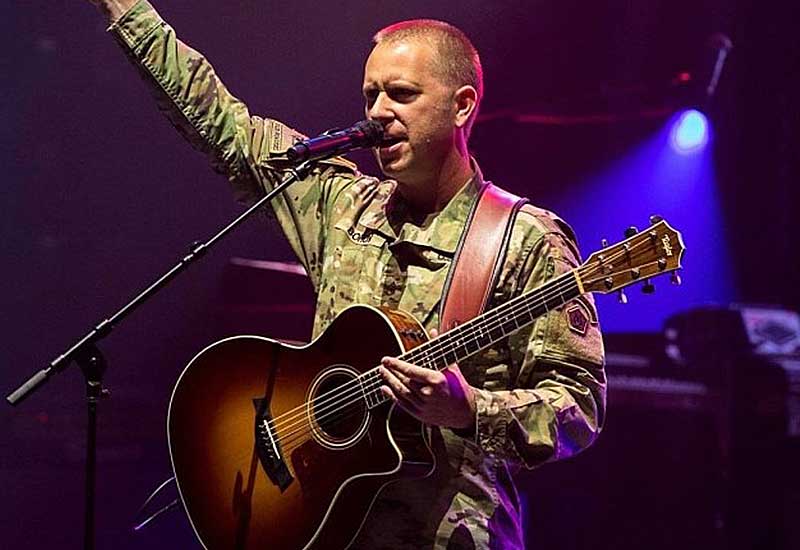 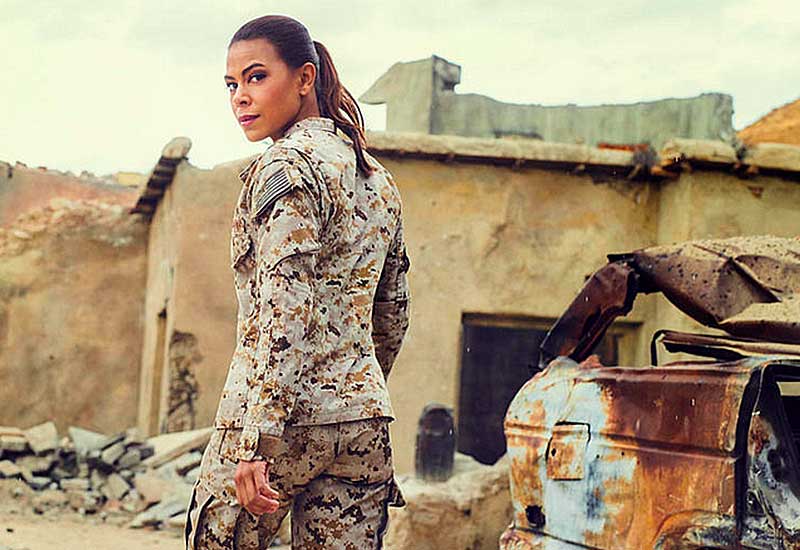 We Are The Mighty
'Songs of Service' is a one-of-a-kind military tribute, hosted by 'SEAL Team's' Toni Trucks
12/9/21 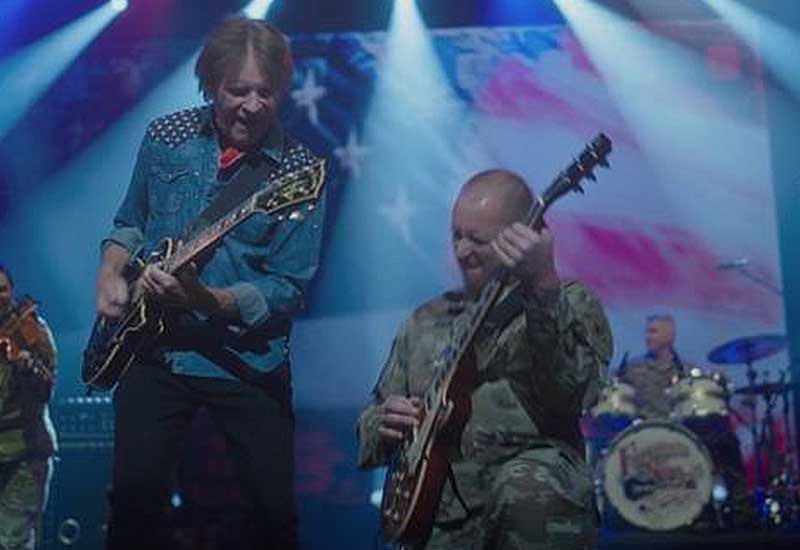 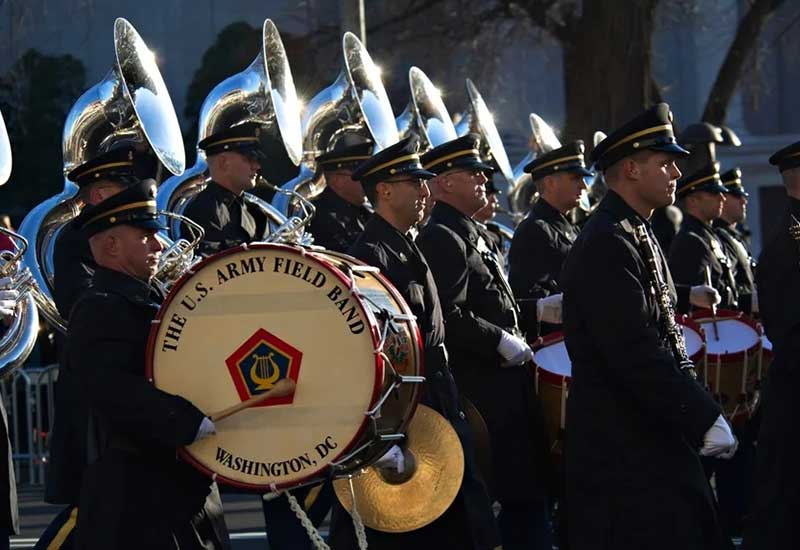 "Songs of Service" ran in affiliate markets in New York City, Philadelphia, and Washington D.C. following the 2021 Army/Navy game on December 11th, 2022. Additionally, the show airs in syndication on PlutoTV and can still be streamed to this date on their "Military" channel and on We Are The Mighty's YouTube channel.