VETERANS RAISE MONEY FOR THE USO BY RUNNING THE BOSTON MARATHON

Since 1941, the USO has provided entertainment and meaningful programming for troops, veterans, and military families. Now, two veterans are giving back (DONATE HERE!). 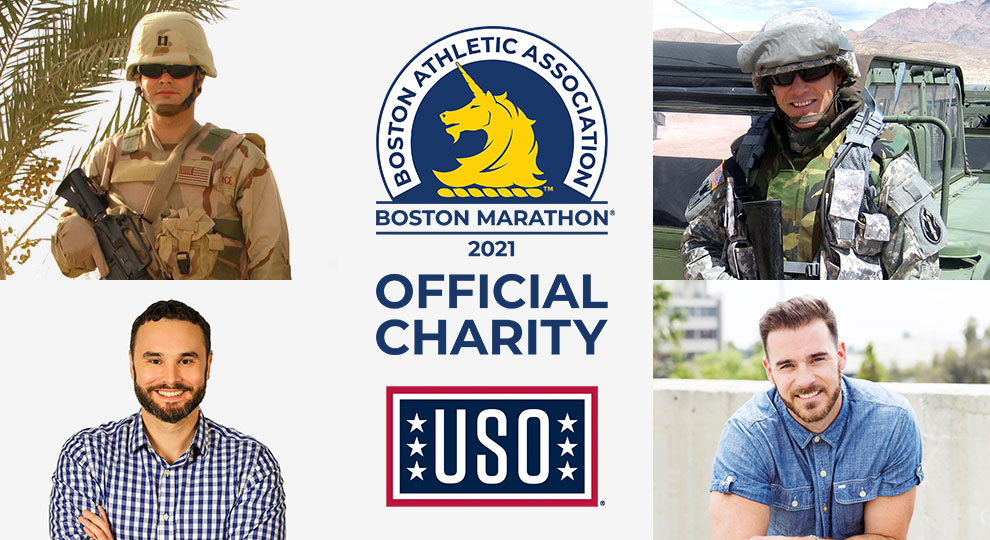 LOS ANGELES, CA SEPTEMBER 13, 2021 -- Military production company, We Are The Mighty (WATM), announced today its intent to raise $30,000 for the United Services Organization (USO) through their charity bib program for the Boston Marathon. The charity bib program is one of the USO’s annual fundraisers -- in exchange for a bib to the Boston Marathon, runners commit to raising money that goes directly to the organization. Running Boston’s 26.2 miles for WATM are President & CEO Mark Harper and Digital Production Director Ryan Curtis.

Harper, an Air Force veteran, spent seven years on active duty as a Combat Camera flight commander managing military photojournalists on deployments around the globe before bringing his passion for compelling visual storytelling to WATM. Harper has run the LA Marathon five times and is honored to raise money for the USO - an organization bringing joy to our troops at home and abroad through performance and the arts since WWII.

Curtis served as a Staff Sergeant in the United States Army for eight years, enlisting just 12 days before 9/11. During this time, he deployed throughout the Middle East, Africa and Europe. Following his service, Curtis chased his dreams of storytelling to Los Angeles to become a director. Running has always been a part of Curtis’s life -- the oldest of seven children in a split home, no matter what was going on inside his house, he could always count on the pavement outside to keep him grounded. Incidentally, those childhood sidewalks are the very site of the Boston Marathon.

Throughout both of their military careers, Harper and Curtis saw the profound impact the USO had on positively impacting morale and creating opportunities for veterans and military families.

Harper said, “The USO does so much for our community: more than just entertaining troops overseas, the USO matches veterans with jobs, sends care packages to deployed troops, hosts military spouse employment summits, offers family programming to support military children, and so much more. It’s exciting to run the Boston Marathon in their honor and to raise money to ensure the USO’s thriving programming continues, bettering the lives of all of our men and women in uniform, veterans and their families.”

Donation link: We Are The Mighty is raising money for United Service Organizations, Inc. (USO)

The USO strengthens America’s military service members by keeping them connected to family, home and country, throughout their service to the nation.